What moved Pleiadian “Ambassador” Christine Day to tears? Did she WITNESS the BIG Shift?

We think of events whether small or large as snapshots in time. Something happens and then it’s gone.

Christine Day, known to many around the world as the Pleiadian Ambassador, says that what happened on January 12th of 2020 was BIG! (My recent interview with PMH Atwater also addresses this big shift and she agrees). But what happened?

On that day, particularly at Uluru in the central part of Australia, a cosmic gate or dimensional doorway was cracked open, the likes of which it’s been said has not occurred in THOUSANDS of years. And its effects will last for many years to come.

But what happened, and moreover, what does this mean for all of us?

Have we entered that doorway? How will our lives change as a result of it?

How will the world change, if at all?

Christine shares some intimate and powerful insights as to the new energies that have descended upon us as we begin this year of 2020, and talks about the Pleiadian healing she was prompted to do at Uluru that moved many to their own powerful spiritual awakening! 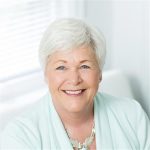 Christine Day has fully embraced her Pleiadian aspect and is currently working alongside the Galactic community on the Galactic council. Her conscious journey of reconnection took place in 1996 when she had a profound, direct encounter with a Pleiadian ship. While interacting with a Pleiadian group of beings her pre-agreements and mission for this lifetime were revealed. She underwent an entire download of her unique Pleiadian aspect within her physical body radically changing her life. She channels a high frequency of light transmissions, which radiates outwards and creates inner transformations for others. She has a powerful channel with a direct connection to the Pleiadians. Her channel brings an enormous light which transmits a profound healing force out to individuals within a group setting. She has become internationally renowned as the Pleiadian Ambassador for Earth