When you begin to contemplate all of the chaos, crisis, angst, and fear that seems to be permeating our planet, now more than ever, did it ever occur to you that a non-human force may be influencing such things? And if this is the case, who are they, and why are they so intent on keeping the negative force as a central focus?

In this, my second on-location interview from Los Angeles while at the 14th Annual Conscious Life Expo, I had the chance to chat once again with two people who know this subject quite well, and that’s paranormal investigator and author Rosemary Ellen Guiley and film producer and talk show host Sean Stone. This is the second time I had Rosemary and Sean together to discuss the mysterious and mischievous phenomenon of the non human influence and how prevalent it is. What both had to share about these state of affairs, was certainly a bit disturbing. However, we all agree that it is necessary to understand this dark influence on our world, in order to finally move beyond it’s grip.

Highlights from this episode: 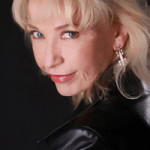 Rosemary Ellen Guiley is one of the leading experts in the metaphysical and paranormal fields, with 60 books published on a wide range of paranormal, spiritual, and mystical topics, including nine single-volume encyclopedias. Her work is translated into 15 languages. Her current work focuses on interdimensional contact experiences, problem hauntings, spirit and entity attachments, the afterlife and spirit communications, psychic skills, dreamwork for well-being, spiritual growth and development, angels, past and parallel lives, and investigation of unusual paranormal activity. She has worked full-time in the field since 1983.

Rosemary has done ground-breaking research on Shadow People and the Djinn, entities who are involved in different kinds of paranormal encounters and problems. She investigates and consults in cases of “persistent negative hauntings,” in which individuals are under apparent attack by supernatural forces. 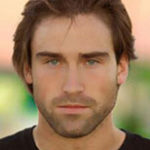 Sean Stone son of controversial filmmaker Oliver Stone has acted in his father’s films such as Wall Street, The Doors, JFK, Natural Born Killers and many more. He has starred and directed in his own feature film Greystone Park.  Sean joined the team of investigators for the Tru TV hit Conspiracy Theory with Jesse Ventura. Sean currently hosts an alternative media show ‘Buzzsaw’ featuring interviews with whistleblowers, styling itself as the ‘real X files’ looking into the hidden agendas behind the news.

This on-location interview and images wouldn’t be possible without: 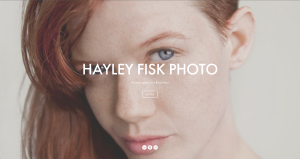