Penney Peirce – Metaphysics, The “Trump Factor” and Our Key to Evolution

What you are about to hear is not an interview per se, but a conversation, a free flow of thoughts and reflections. A discussion about our present reality and what it may mean in the larger scheme of things.  We’re now looking in the rearview mirror of a Presidential election here in the U.S. that has one contingent of society reeling, shaking their head in shock and dismay, protesting against what they believe will be a future steeped in hate and massive civil unrest  and yet another, proudly claiming victory, reveling in the defeat of the insiders and anxiously awaiting for the swamp to finally be drained.

This is not about the fact that either side is wrong or right, but that both represent two extreme examples of how polarity has kept human kind’s ability to evolve under lock and key for so long. But that might be changing according to spiritual philosopher, and intuition expert Penney Peirce. She feels that this in your face ugly may actually be a good thing, and a means by which to confront that ugly in order to clear it.

Let’s talk “The Trump Factor” and whether this new period in our lives will help usher in an age of evolution.

The Election Of Hate, Grief, and a New Story by Charles Eisenstein

Intuition, Transformation, and Politics – Seeing Through the Smokescreen of Spin by Penney Peirce

The Circle by Dave Eggers 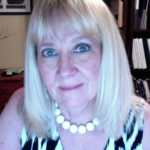 Penney Peirce is a gifted clairvoyant empath, visionary, author, and popular lecturer and trainer. She is one of the early pioneers in the intuition development movement, specializing in intuition development, inner energy dynamics, expanded perception, transformation, and dream work. She has worked throughout the US, Europe, Japan, South America, and South Africa since 1977, coaching business and government leaders, psychologists, scientists, celebrities, and those on a spiritual path about the hidden dynamics of what makes for true success.