Sonia Barrett – The Business of Disease

Is disease a business? A massive and intricate campaign to keep people sick and acclimate them to the idea that sickness is an inevitable flaw of being human? This is a question that consciousness researcher, author and documentary filmmaker Sonia Barrett explores in her latest project, The Business of Disease.

In this well-rounded and eye-opening illustration about how our health has been hijacked by special interests, and social engineering, she doesn’t stop at that. In this film, she avails the viewer to a stunning and exciting approach to understanding how we can heal ourselves, not just our bodies, but our mind and spirit as well.

Higher Journeys Radio caught up with Sonia to discuss all of the multi dimensions to this complex system of sickness, health and overall well being.

WIN A FREE PRIVATE SCREENING OF THE BUSINESS OF DISEASE BY VISITING OUR FACEBOOK PAGE AND “LIKING” THE POST ABOUT OUR INTERVIEW WITH SONIA BARRETT!

Women’s March and the “Pussyhat Project” 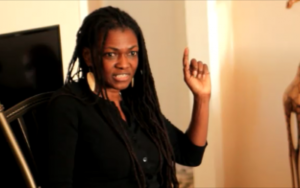 Sonia Barrett is the Author of The Holographic Canvas; The Fusing of Mind and Matter, published in 2008. Her insights are cutting edge with much of it supported by quantum physics. Sonia Barrett’s work bridges the gap between science and spirituality in a simplified format. She addresses the programming, beliefs and concepts by which we have lived our lives both individually and collectively. These insights provide clarity in understanding the paradox of both the real and the unreal; the visible and the invisible components of reality; the holographic experience. Known for her mind bending concepts she stretches the mind even further by going beyond the common view of time www.spiritinform.com . In her own words: “Recognizing our spiritual and perceptual boundaries and comfort zones is a major factor in our quest for answers. In general we are unaware of what we don’t know and the distance widens even further when we are affixed behind a barrier of limiting beliefs. Reality is a great science that has no boundaries only those that we create for our comfort. There is no right or wrong way to grow but it can be of tremendous assistance in recognizing the limitations which hold us bound. ” Sonia Barrett has appeared on panels with such noted speakers/scientists as Dr. Amit Goswami, Dr. Bruce Lipton and a number of others. She has been a Key Note speaker at a number of conferences to name a few; the ISSSEEM Conference, Conscious Life Expo, UFO Conference and the Alchemy Conference. Sonia Barrett is a popular radio guest appearing on such shows as Coast 2 Coast AM with host George Noory, Red Ice Radio, Conscious Media Network and a host of others including television. She appeared in the 2010 film Ghetto Physics, produced by Will Arntz (producer of What the Bleep do We Know) and E Raymond Brown. She also appears in the upcoming docudrama (2012) Openings, The Search for Harry.