Magic can be felt in many ways, particularly in the natural world

Intuitive and inquisitive about nature since childhood, Ross became acquainted with the magic that exists between us and the natural world through her interactions with fairies, elementals and other intelligent life.

Growing up in Mt. Shasta, Ross has been exploring this less traveled terrain of conscious connection for her entire life. Now, she says, the synchronicity of these connections are becoming more apparent and she feels this is indicative of a sign that humanity is poised to witness a true ascension point.

Listen to Suzanne’s fascinating personal accounts and be inspired by the magical connection that keeps her passion about life front and center in all that she does.

NOTE: If you liked this episode, you’ll definitely want to tune in to my interview with Mystic Healer Sonja Grace! 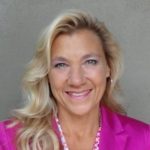 Suzanne Ross is an inspirational author and speaker as well as an event host and radio and TV personality. She is the author of the “Up!” trilogy: Wake Up!, Rise Up! and Lighten Up! She hosts and speaks at events throughout the U.S. She is also the Creator and Executive Producer of SciSpi.TV, an internet TV network merging science and spirituality. SciSpi.TV now has 7 channels and 25 shows featuring experts in many fields. As the host of Lighten Up! TV since 2015, Suzanne has interviewed over 100 global thought leaders exploring topics like consciousness, spirituality, the true nature of reality, ancient civilizations as well as angels, aliens and masters. Suzanne is the CEO of Awakening. a 501c3 nonprofit in support of the spiritual community.
Websites:
https://suzannerosswellness.com/